Despite all the craziness lately, I’m very excited we were able to throw Kayden a “Frozen 4th” birthday party in the new house. Like many of you, I spent countless hours scanning Pinterest for all the wonderful ideas and recipes, planning this AMAZING party in my head.

At the last minute when I was near breaking point (and tears) because I wasn’t able to produce what I deemed a “pinterest worthy” party, I decided to just let it go (pun TOTALLY intended!) and be happy with what we were able to accomplish. In my mind I had these fantastic visions of a gorgeous 3-tier cake with flawless icing and amazing detail, delicious gourmet food, and a fully decorated house from room to room…sound familiar? 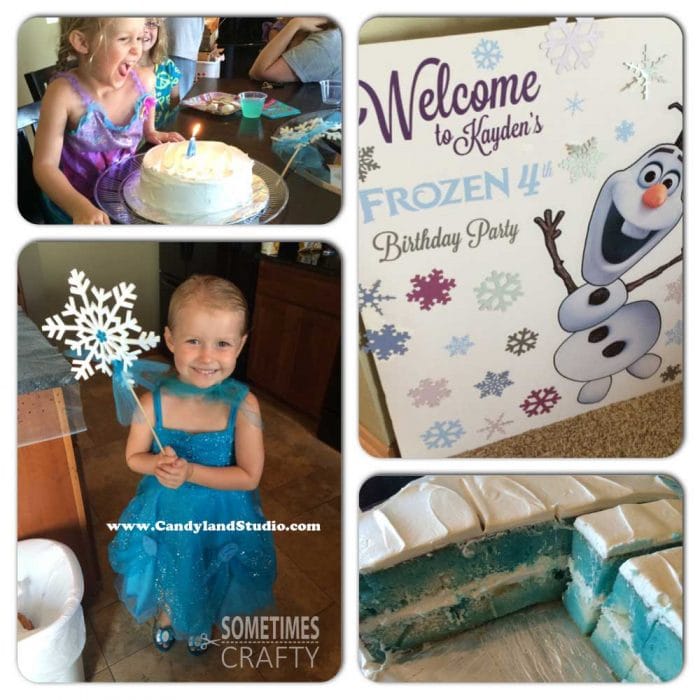 I finally realized, WHO CARES?! (I also realized I need to stay off Pinterest so much!) Kayden was super excited and pleased, so that was enough for me. Look at her smile! =) I did serve theme-related food, and luckily Kayden wanted a very simple cake (whew!) so I did a very basic two layer blue raspberry jello cake with whipped cream frosting. I’ll be honest, I didn’t like it. LOL It looked cute enough, but I MUCH prefer my jello cake to be made with strawberry jello. 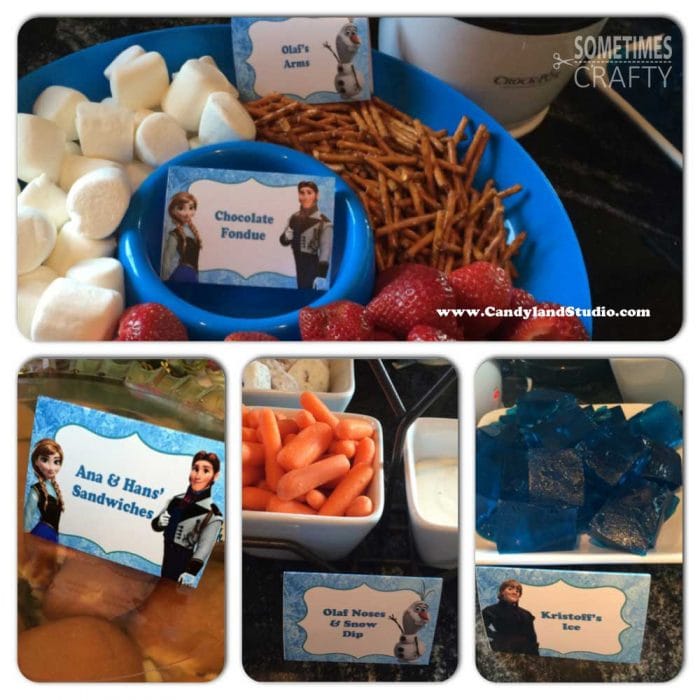 Pssst!! I thought I would share with you the table tents I made. You can get the free printable HERE. I even left some blanks so you can add whatever title(s) you choose. =) 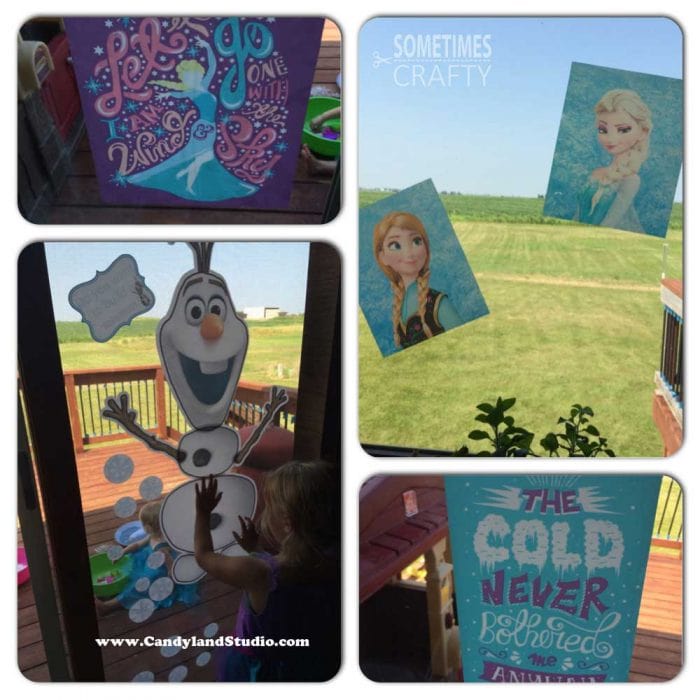 Decorations were pretty simple. I found some printables online and turned them into “Sticklies” with my restickable material, and made a couple Ana & Elsa window clings. I also made a giant Oalf {Restickable} Stickamajigger so they could build a snowman.

While we were in Alaska I found this awesome “Snow to Go” and the kids loved playing with bowls of that. (I actually saw something similar on Amazon and was thinking about ordering it until I found the little bag in Alaska.)

I already knew from experience to put them outside when playing with the Snow to Go because I tried another Pinterest project not long before that where you mix baking soda and lotion to create a snow-like substance. Lots of fun, but also lots of work to clean up! They played with their little Frozen figurine dolls and had a great time with both recipes. 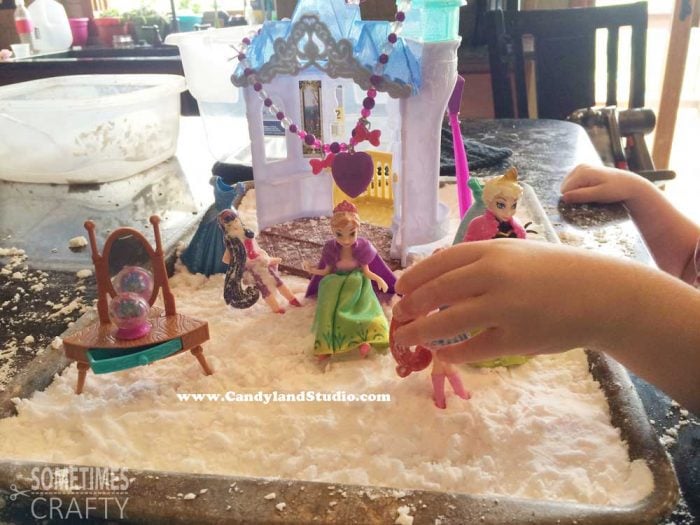 I originally bought those figurines to put on Kayden’s cake, but I asked her if she wanted them on the cake or just the plain version. Much to my surprise she wanted the plain cake! (So WHY was I so worked up over this party??)

We actually had a separate celebration with my family a week prior to her Frozen Party, so I made a Coconut Cream poke cake with the figurines on top. I thought THIS cake was super delicious! (Another Pinterest recipe find!) 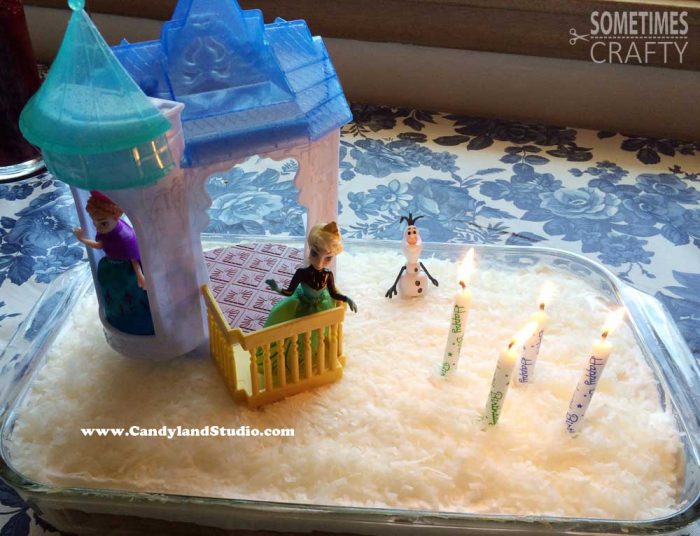 So although it wasn’t as spectacular as the party I planned in my mind, it was still perfect. Everyone had fun, and most importantly my little Snow Queen was pleased with it, and that’s all that matters. =)